A hormone (from Greek ὁρμή, “impetus”) is a class of regulatory biochemical that is produced in all multi cellular organisms by glands, and transported by the circulatory system to a distant target organ to coordinate its physiology and behavior. Hormones serve as a major form of communication between different organs and tissues. Hormones regulate a variety of physiological and behavioral activities, including digestion, metabolism, respiration, tissue function, sensory perception, sleep, excretion, lactation, stress, growth and development, movement, reproduction, and mood. Generally, only a small amount of hormone is required to alter cell metabolism.

Hormone formation may arise at localized clusters of specific cells known as endocrine glands, or at other specialized cells with several functions. Hormone synthesis occurs in response to specific biochemical signals induced by a wide range of regulatory systems. In some cases, the rate at which these systems act on a hormone depends on the particular effect or properties of the hormone. For instance, ionized calcium concentration modulates PTH synthesis, whereas glucose concentration modulates insulin synthesis. Contrarily, regulation of hormone synthesis of gonadal, adrenal, and thyroid hormones is often dependent on a complex set of direct influences and feedback interactions involving the hypothalamic-pituitary axis. 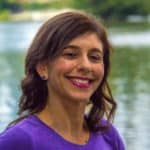 I empower stressed out sugar and carb lovers to optimize their weight and health so they rediscover their energy, happiness, and a fulfilling life. >> Become Happy In Your Own Skin So You Exude Vitality And Joy! You cannot wait until you have a body you love to love yourself. Let's do this!